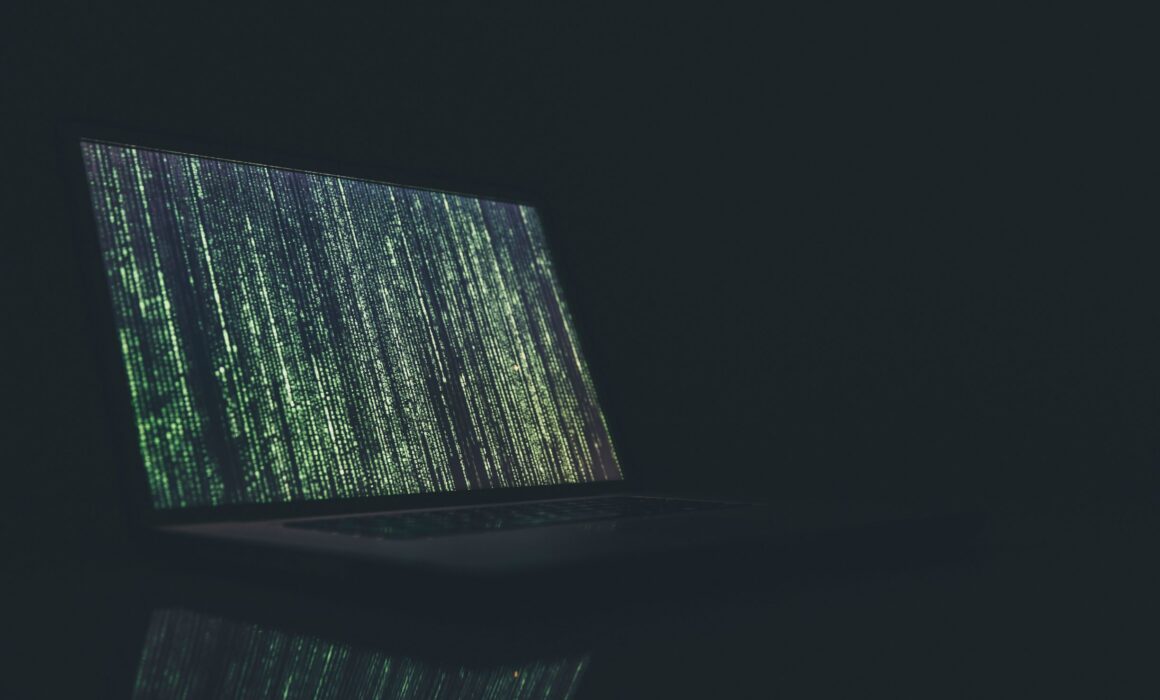 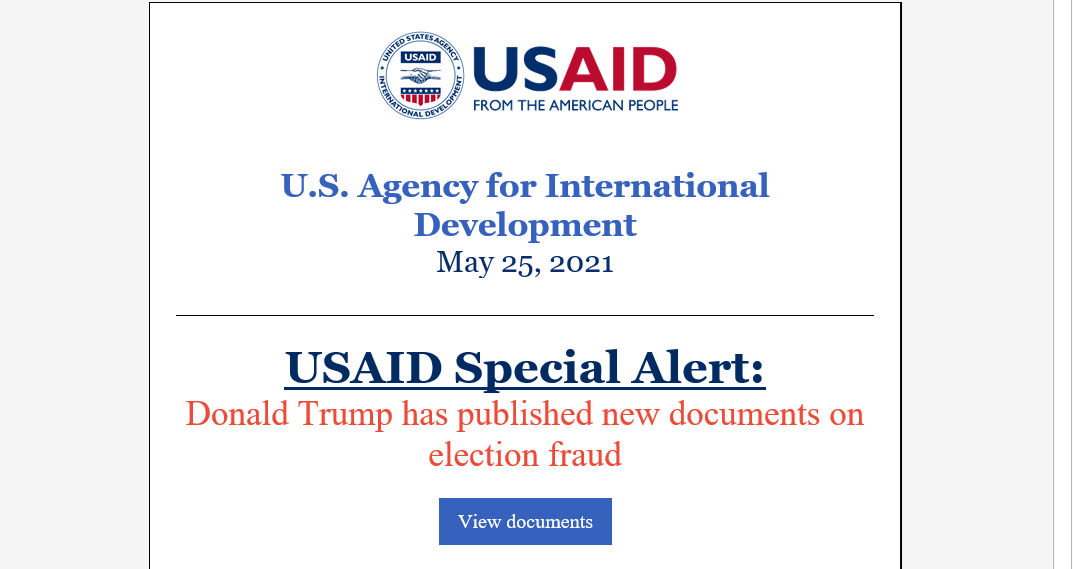 Watch out for the newest phishing scam

Both were seen being used in the United States in December 2020 during the holidays.

With the read-receipts attack, the attacker creates an email and changes the “Disposition-Notification-To” email header to create a read-receipt notification from Microsoft 365 to the recipient.

With the OOO attack, a the attacker creates a BEC email impersonating someone inside the company. The attacker changes the “Reply-To” email header so that if the target has an OOO message turned on, that OOO notification (that includes the original text) is directed to someone else within the organisation.

Again, the message most likely will not be caught by email security filters, because it originates from the original target’s account, not externally.

BEC emails are used to steal money from companies, often by impersonating an employee, vendor or customer in an email or mobile message. It often involves the attacker asking to pay a fake invoice, recurring payment or wire transfer.

The amount of BEC attacks continues to grow. According to Abnormal Security’s Quarterly BEC Report, BEC attacks rose by 15 percent quarter-over-quarter in Q3 of 2020.

The average BEC attack volume per week during that time increased in six out of eight industries. The largest increase in BEC attacks was 93 percent in the energy/infrastructure sector. The highest number of weekly BEC attacks were in retail/consumer goods and manufacturing and technology. The study found these BEC campaigns used mostly invoice and payment fraud, with a 155 percent Quarter on Quarter.

As email-security gets better, so do cybercriminals. For example, in early January a campaign was launched that leveraged Google’s Forms survey tool to create an ongoing conversation between the email recipient and the attacker which set up victims for future BEC attacks.

Microsoft and Office 365 are Big Targets

The Microsoft Office 365 cloud environment is a big target for BEC compromise as well.

Once hackers compromise an Office 365 environment, these BEC scammers can leverage trusted communications. For example, attackers can send an illegitimate email from the CEO’s official account to socially engineer employees, customers, or partners.

Attackers can also search through emails, chat histories and files to steal passwords or other important data. They can also set up forwarding rules to get access to emails without needing to sign in again. Furthermore, they could plant malware or malicious links into commonly used and trusted documents. The goal here is to manipulate something everyone trusts to bypass prevention controls that could trigger alerts to ultimately steal or hold files and data for ransom.

BEC attacks are hard to detect with typical tools and methods because they do not use malware or malicious URLs that can be detected by antivirus, so mitigating this threat can be difficult. Traditionally, the best defence for these kinds of attacks is end-user training and awareness so end-users can verify a request is indeed legitimate. It is also always a good idea to implement 2FA for email, configure your email to filter out suspicious looking phishing emails, and use updated end-point protection and antivirus. 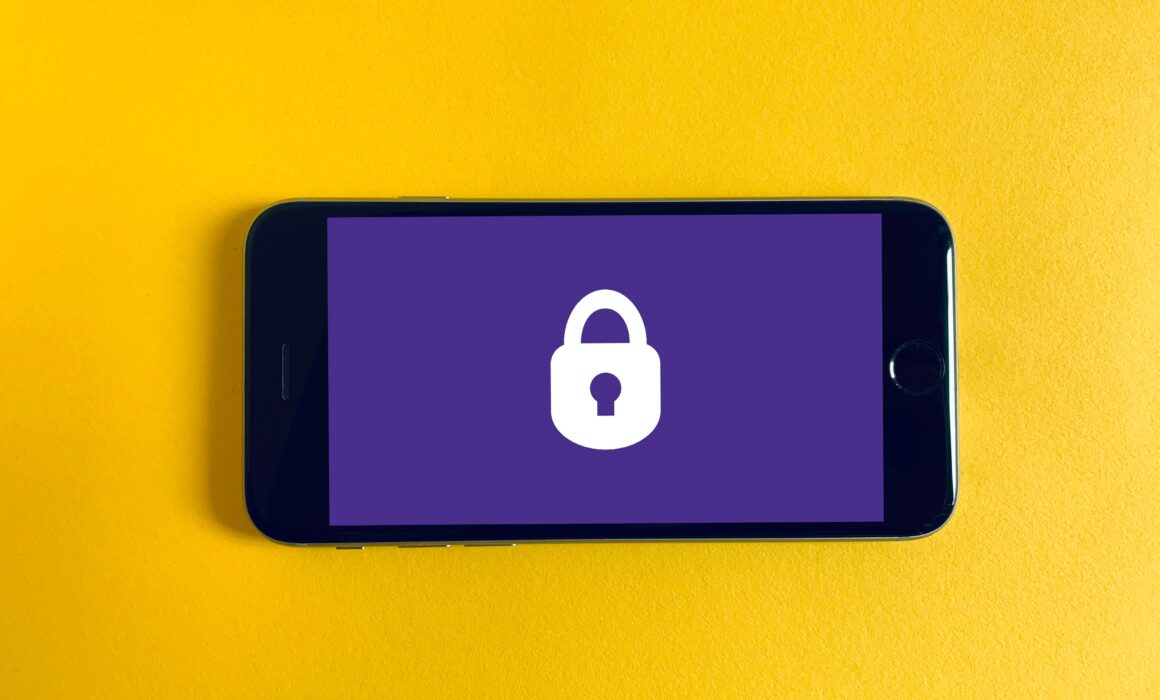 Some of these attacks see newly-appointed, unannounced CEO’s as victims. In these cases, attackers try to take advantage of the executives during their transition period to gain unauthorized access to the account.

Attackers try to compromise any company account or a 3rd party partner and then use collected sensitive information to create more sophisticated attacks to phish C-level executives.

This campaign began in early December 2020 and is still ongoing as of March 2021. The attackers are leveraging phishing toolkits and many sophisticated methods.

Most of the phishing emails are sent from addresses with Microsoft-themed sender domains, with properly configured SPF records and are made to look like messages from the company, carrying fake alerts about “Important Service Changes”, “Important Security Policy Update”, etc.

The majority of the targeted email accounts used the format first name.last name@company domain, making full names in the attachments easy to automate. But even in cases where only initials appeared in the email address, the attackers still included the victim’s full name in the PDF attachment. This suggests the threat actors conducted additional prior research to carefully carry out spear phishing attacks.

How to Protect Yourself

Sophisticated phishing attacks are hard to detect with typical tools and methods because they do not use malware or malicious URLs that can be detected by antivirus. While it is important that you always use updated end-point protection and antivirus, mitigating this threat is hard. Here are some best practices:

When you purchase one of our cyber insurance policies we include Node Prevent, a free service with employee training, how to implement best practices and threat alerts such as these. 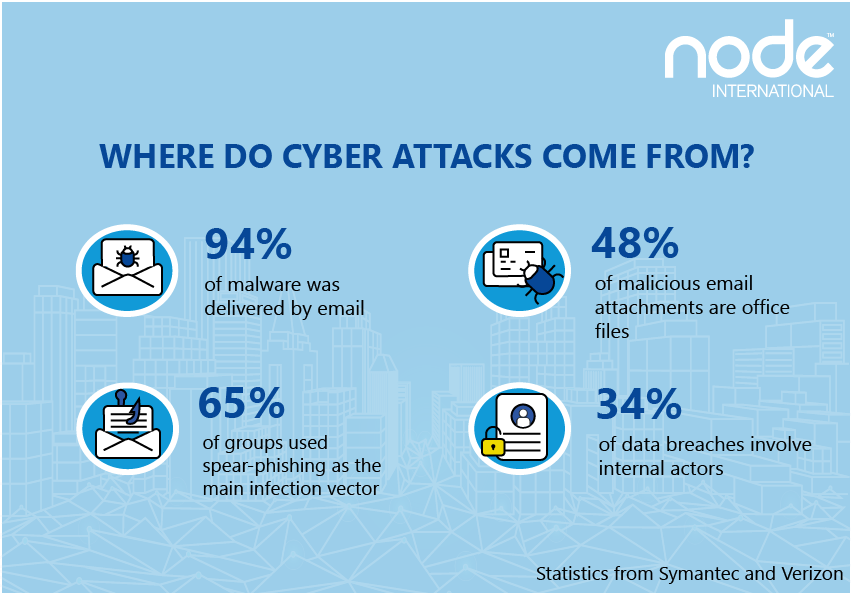 Phishing is when you receive an email that tricks you into clicking on a link to a fraudulent website and then sharing private information, or opening a malicious attachment on your phone, tablet or computer.

If you trust the link you could be giving away your user names, passwords, Social Security numbers, bank details or installing malware, like viruses, spyware or ransomware on your device and at work you could be handing over access to your company and all their sensitive data.

Don’t get complacent, the top branded security software (e.g. Norton, Bitdefender etc) are very good at taking out phishing emails before they hit your inbox. But, it’s a false sense of security as some still get through. In fact, in your personal life and as an employee, the next 100 emails you receive, possibly three or four will be phishing scam emails.

The most important golden rule. Change your mindset. Don’t trust emails and don’t click on a link in an email. I’m purposefully, stressing this as the golden rule, even though you think it to be too onerous and impractical. Nonetheless, for the next seven days examine every email (see tips below) and learn to change your mindset and start spotting phishing attempts. The extra time you spend on examining your inbox will build your confidence and you will feel much more confident about email management.

The only time you can trust an email is if it comes from an email address you recognise and the email doesn’t seem out of the ordinary. Even here, if it contains an attachment don’t click on it yet.

Make sure you double check the email address and not just the name. Give the sender a call if you are unsure. Malware is commonly passed between compromised emails accounts so even if the email address is correct that doesn’t mean someone else isn’t sending fraudulent emails from their account.

How to check for the signs of phishing. There are five signs:

If all are followed with the instruction to click on the link to learn more and/or correct the problem. Be super-cautious.